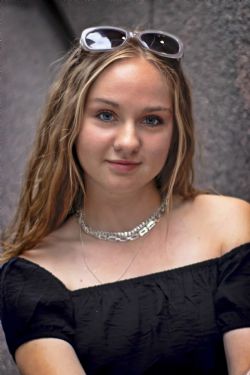 Madison (Maddie) Michelle Everitt, age 18, passed away May 23, 2022 at the University of Nebraska Medical Center in Omaha Nebraska after suffering a catastrophic brain injury sustained in an automobile accident.

Maddie was born March 23, 2004 to Dustin and Shelly (Beck) Everitt in Fremont, Nebraska. She attended the Fremont public schools, where she was active in theater, holding major roles in Addams Family and Peter and the Starcatcher, competing in one-act competitions and even performing in a couple musicals at Midland University; track, competing in pole vault and high jump; choir, where she was secretary, was placed in charge of costumes during the spring musical, and performed in Chorale.

Maddie loved softball, and one of her favorite memories was winning Class D State with her Fremont Force Team.

Maddie was actively involved in Masonic youth organizations, growing up in Job's Daughters where she ascended the ranks to Honored Queen in 2019 and served a second term in 2021, she held various state positions and served as the Sweetheart for Keene Chapter DeMolay last year.

Dance has been a major part of Maddie's life from a very early age. She started dancing with Miss Bobbie in preschool. She joined Julie's Creative Movement and Dance soon after and her skills and passion grew with each passing year. As a freshman she became a member of the high school dance team at FHS. This year she graduated as a captain of that team. Dance permeated every aspect of Maddie's life. She would create little dances to express her feelings in the moment.

Maddie was raised in the First Lutheran Church where she contributed her smile, bubbly personality, and time in every way that she could. She was a member of the worship team, was a Sunday School music leader, Zöe, and she was a performer in many of the Hands of Faith puppet performances.

Maddie fluttered through life blessing so many at each stop with her smile, energy, joy, and love. To meet her was to know her and to know her was to love her.

A friend described who Maddie was in a tribute she wrote after Maddie's passing. She said that Maddie, ''has many times been described as a light in our world, she never fell short of that metaphor…she was so much more, Maddie guided the lost and alone like a star, befriending the outcasts, she entertained, not for applause, but as she danced, smiled, and laughed through everything she did, she naturally entertained all with her love of life. Anything she touched or put her soul into was instantly made brighter and fuller of love… she lived a life of love, authenticity and courage. Anyone associated with Maddie was proud to know her…'

Ludvigsen Mortuary in Fremont is in charge of arrangements.