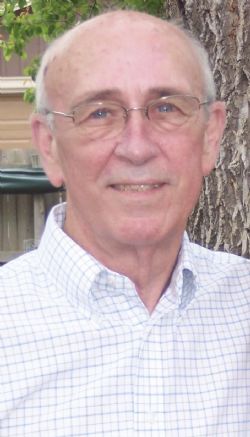 A private family memorial will be held at Fort McPherson National Cemetery in Maxwell, Nebraska. Arrangements are under the direction of Ludvigsen Mortuary in Fremont, Nebraska.

Bill was born May 22, 1945 in Grand Island, Nebraska along with his twin sister Barb. He grew up and attended school in Grand Island, graduating in the class of 1963. In September 1964, Bill enlisted in the United States Navy where he proudly served in Vietnam as a radio operator aboard the DLG-13 William V. Pratt. Upon being honorably discharged from the naval service in September of 1968 at the rank of E-4, Petty Officer 3rd Class, Bill began his advanced education at McCook Community College and later attended Worsham College of Mortuary Science in Chicago, Illinois. After earning his degree, Bill became a licensed mortician and funeral director. He started his 43-year career at Pospisil Funeral Home in Loup City, assisting families all over Nebraska and Wyoming. He went on to serve families for 18 additional years at Chaney-Reager Funeral Home in Sterling, Colorado before finally retiring in 2012 and moving to Fremont, Nebraska with his wife, Susan VanPelt.

During his life, Bill was a faithful servant of the community. In 1974, he became an initiated member of The Benevolent and Protective Order of Elks in Ord, Nebraska. He later transferred to Grand Island lodge #604 where he served as an Exalted Ruler from 1978 to 1980. In 1990, he joined the Lions Association, serving as President in Sterling from 1999 to 2000. While living in Loup City, Bill was also a member of the VFW as well as the Loup City Volunteer Fire Department.

Bill was Christian and loved his church families and the amazing people he met and called friends through the years.

Bill was preceded in death by his mother and father, Normal L. VanPelt and Forrest ''Shorty'' L. VanPelt.