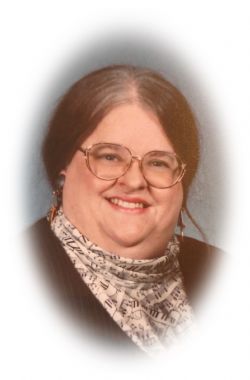 The daughter of Rev. Paul and Lela (Zimmerman) Wiegman, she was born in Oakland on March 9, 1946. She grew up in Tekamah and Ponca, where her father served as a Lutheran minister. Arriving at Midland Lutheran College as a freshman in 1963, she lived in Fremont for the remainder of her life.

She married Charles S. Wilhite, a Midland music professor, in 1967. During their 50 years of marriage - he died in 2018 - the couple enjoyed the friendship of colleagues, frequent entertaining, and travel. Several of their summer trips included research on long neglected American piano music, music they often performed in public recitals.

Ann earned a master's degree in history at Creighton University. As an instructor at Midland, she taught a variety of upper-level history classes. She was the first at the school to offer a course on American women, a subject previously overlooked. It was her favorite class. With William E. Christensen, she wrote With Fervent Prayers and Buoyant Hopes, a history of Midland.

An avid collector of dolls, especially Cabbage Patch Kids, she produced a monthly newsletter, The Cabbage Connection, which brought both readers and new friends from across the country. The daughter of a minister and a piano teacher, Ann had a long career as a church musician, including many years as the organist and choir director at First Congregational Church in Fremont.

In her later years, she benefitted from the affection and support of JoLynn Lamb of Fremont.

Survivors include her brother Paul (Linda) Wiegman of Estherville, Iowa; nephew David (Sarah) Wiegman of Omaha; cousins Gilbert Zimmerman of Springfield, Missouri, and Ruth Thompson and Fred Nielsen, both of Omaha; and a great niece, Catherine Wiegman of Omaha.

Following cremation, a private family inurnment will be held at St. James Episcopal Church in Fremont, to which memorials may be directed.

Ludvigsen Mortuary in Fremont in charge of arrangements.