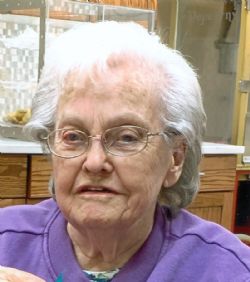 Jean was born March 28, 1928 in Burke, South Dakota to John and Martha Siewert. She graduated from Naper High School. She married D.W. Parker on May 29, 1948. The couple lived in the Avon, South Dakota area for many years. Early in her career she worked as a teacher. Five of their six daughters were born while they lived in South Dakota. They then moved to Oakland, NE and eventually made their home in Fremont, NE where their last daughter was born. In her younger years she was a waitress and worked at Skagway's Grocery. After her daughters were in school, she worked for Marson's and Tempo before retiring from J.P. Originals. She loved to spend time with her grandchildren, travel, sew, cook, bake and work in the yard. In 1989, Nellie and D.W. moved to Las Vegas where she lived for 25 years before returning to Fremont.

Jean had been a member of the Fraternal Order of the Eagles Aerie #200 Auxiliary.